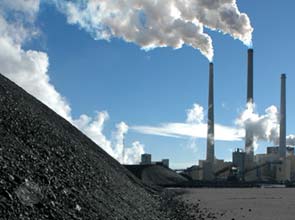 The project will employ AFC Energy’s alkaline fuel cells and Linc Energy’s underground coal gasification process. The coal gasification technology creates syngas, which then undergoes a cleanup process that separates the gas into streams of hydrogen and carbon dioxide. The hydrogen is used to power fuel cells, while the carbon dioxide is captured and prepared for transport and storage.

The alkaline fuel cells can convert hydrogen to electricity at 60 percent efficiency and, when combined with the coal gasification process, can yield power for as low as 4 pence (6 cents) per kilowatt-hour.

“This project is an impressive integration of technologies, which addresses the energy challenges Britain is currently facing. It gives us the opportunity to maximize our coal resources but in an environmentally sensitive way,” said Ian Balchin, chief executive of AFC Energy.

The consortium selected Rio Tinto Alcan’s Lynemouth Plant in Northumberland, northeast Britain as a potential site for the project.

The underground coal gasification process can potentially give access to an extra 17 billion metric tons of coal without the considerable environmental impacts of traditional mining. The overall project will greatly enhance the conversion efficiency of coal to electricity, while allowing 90 percent of carbon capture.

“Our combination of technologies is truly game-changing and offers C.C.S without inflated cost or loss of efficiency. The B9 Coal project also has major implications for the British energy, security, job creation and technological achievement,” explained Alisa Murphy, director at B9 Coal.

The B9 Coal project will be part of the Department of Energy and Climate Change’s carbon capture and storage demonstration competition that aims to encourage the development of large-scale carbon capture projects in Britain.

Carbon capture and storage technologies can reduce carbon emissions from fossil-fueled power stations by up to 90 percent. The International Energy Agency predicted that the technology will account for up to 28 percent of global carbon dioxide mitigation by 2050.