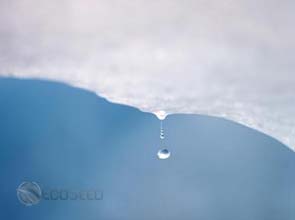 The U.N. Intergovernmental Panel on Climate Change was widely criticized after admitting its 2007 global warming report wrongly said Himalayan glaciers would vanish by 2035 and that it overstated how much of the Netherlands is below sea level.

Such firm forecasts should be made «only when there is sufficient evidence,» said a review group supported by the academies of science from the United States, Netherlands, Britain and around 100 other countries.

Critics of the idea of mandatory limits on so-called greenhouse gas emissions have said the panel errors show the science behind global warming is questionable.

The United Nations has been concerned that focusing only on errors by the panel, which shared the 2007 Nobel Peace Prize with former United States Vice President Al Gore for work on global warming, could undermine the broader U.N. message that climate change is a real phenomenon requiring urgent action.

The report said the panel’s mandate calls for it to be «policy relevant» without advocating specific policies. But some senior officials have been criticized for remarks that appeared to support specific policy approaches.

«Straying into advocacy can only hurt I.P.C.C.’s credibility,» the report said.

Should he stay or should he go?

The review said the limit of two six-year terms for the chair of the panel, currently Rajendra Pachauri of India, was too long and should be shortened to one term, as should the terms of other senior officials.

The report did not call for replacing Mr. Pachauri, the panel chairman since 2002. Asked if he would resign if requested to by the panel’s194 member states in October when they discuss the scientists’ recommendations, Mr. Pachauri told reporters he would abide by any decision the U.N. climate panel made.

The report also called for an overhaul of the panel’s management, including the creation of an executive committee that would include people from outside the panel.

The review touched on concerns about Mr. Pachauri’s work as an adviser and board member for energy firms, as well as I.P.C.C. scientists reviewing their own work. The report noted the panel lacks a conflict of interest policy and recommended it adopt a «rigorous» one to avoid biases.

U.N. Secretary-General Ban Ki-Moon has acknowledged there were mistakes in what is known as the Fourth Assessment Report published in 2007, a document of more than 3,000 pages that cited more than 10,000 scientific papers. But he has insisted its fundamental conclusions were correct.

Mr. Ban’s office issued a statement welcoming the review of the panel and reiterating he «firmly maintains that the fundamental science on climate change remains sound.»

Harold Shapiro, a Princeton University professor and chair of the committee that reviewed the panel’s work, told reporters one panel report «contains many statements that were assigned high confidence but for which there is little evidence.»

Mr. Shapiro said the panel’s response to errors when they were subsequently revealed was «slow and inadequate.» The errors, he said, «did dent the credibility of the process.»

Asked about the Himalayan glaciers error, Mr. Shapiro said: «In our judgment, it came from just not paying close enough attention to what (peer) reviewers said about that example.»

Mr. Pachauri said the panel «will be strengthened by the (scientists’) review and others of its kind this year.»

But Mr. Shapiro made clear the review did not assess the validity of the science behind the I.P.C.C. reports, leaving open the possibility the panel could face a new wave of attacks from its critics.