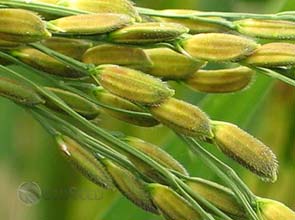 The Global Rice Science Partnership (GRiSP) is a new global initiative that aims to deploy rice’s genetic diversity to not only increase rice production but also to help mitigate the effects of climate change.

The partnership is an initiative of the Consultative Group on International Agricultural Research (C.G.I.A.R.), one of the world’s largest global scientific partnerships for sustainable agricultural development.

Studies focused at discovering new rice genes and deciphering their functions will help accelerate efforts to break the yield barrier in rice and produce new generations of rice with flooding tolerance and other characteristics necessary for adapting production in the face of climate change.

At the same time, GRiSP research will significantly reduce emissions of greenhouse gases from rice production by adopting improved irrigation methods and avoiding deforestation. Thanks to higher rice yields, rice production will no longer need to expand into new areas, saving more than 1.2 million hectares of forest, wetlands and other natural ecosystems by 2035.

«Given that rice is a staple food for more than half the global population and in most of the developing world, there is no question that availability of rice is equated with food security,» said Robert Zeigler, director general of the International Rice Research Institute (IRRI).

The initiative is expected to boost supplies enough to reduce anticipated price hikes by an average of at least 6.5 percent by 2020 and at least 13 percent by 2035, reducing global poverty by up to 11 percent by that 2035.

«GRiSP is the opening gambit in a wider campaign to secure the world’s food supply within 25 years,» said Mr. Carlos Pérez del Castillo, chair of the board of the Consortium of International Agricultural Research Centers.

The Consortium of Centers was formed recently in a major reorganization of the C.G.I.A.R. responsible for providing financial support for the implementation of the group’s research programs.

As part of an effort to strengthen national research program capacities, the GRiSP initiative will offer professionals in developing countries the opportunity to take part in degree programs and training courses.