Dust particles in the atmosphere can influence climate 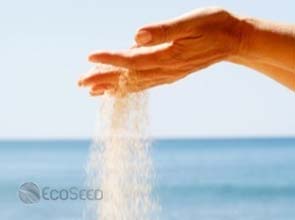 The study focuses on a type of airborne particle known as mineral dust, which is usually emitted when grains of sand are blown, sending dirt fragments into the air. These fragments can be as tiny as 2 microns in diameter or as large as about 50 microns in diameter – about the thickness of a strand of human hair.

The ratio of silt particles to clay particles is two to eight times greater than represented in climate models, and the study suggests that current models most likely commit error when it comes to the number of silt particles.

“As small as they are, conglomerates of dust particles in soils behave the same way on impact as a glass dropped on a kitchen floor,” he explained. “Knowing this pattern can help us put together a clearer picture of what our future climate will look like.”

By applying this new knowledge to their climate models, climate scientists would be able to better determine the influence of dust on the climate.

The National Science Foundation, which sponsors the National Center for Atmospheric Research, supported the study. Mr. Kok’s findings were published in the Proceedings of the National Academy of Sciences.