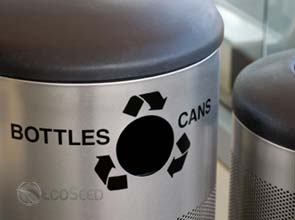 Coca-Cola reported installing 3.1 million intelligent energy management devices to date which reduced the company’s energy consumption by monitoring the energy use of its refrigeration units.

Around 2.5 billion PlantBottle packaging bottles were introduced by Coca-Cola in nine major markets.

The recyclable PlantBottle is made up of 30 percent plant-based material and is similar to polyethylene terephthalate bottles. The company aims to use PlantBottle packaging for every bottle sold by 2020.

Coca-Cola has also supported the recovery of 36 percent of its bottles and cans released into the market. Meanwhile, it’s elimination of about 85,000 metric tons of primary packaging through system-wide efforts has resulted to savings of over $100 million.

Coca-Cola reported a 13 percent improvement in water use efficiency since 2004, using only an average of 2.36 liters of water for every liter of beverage. It has also launched a system-wide water resource sustainability standard, requiring each one of its 900-plus bottling plants to evaluate the sustainability of their water resources and develop source water protection plans by 2013.

Coca-Cola has announced that it will expand its global partnership with USAID, through an additional joint investment of $12.7 million for watershed management, water supply and sanitation, hygiene promotion and productive water use.

Another $10 million will also be poured out to address water-related problems in Eastern Europe and Eurasia, through partnerships with the United Nations Development Programme.