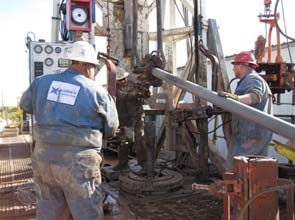 The Provo, Utah-based company filed voluntary petitions at the United States Bankruptcy Court for the District of Delaware. All of its nineteen wholly-owned subsidiaries and affiliates also followed suit.

The company develops geothermal power plants and has one operating plant in Utah. Another eight projects are already in the early and development stages in Utah, New Mexico, Nevada and Oregon, plus a 100,000-acre site in Indonesia. Raser was also planning to develop solar and wind power on land it owns.

No longer able to pay its creditors or maintain its debts, Raser sought bankruptcy protection under Chapter 11 of the United States’ Bankruptcy Code.

Rather than sell their assets, the company will still own the firm and instead negotiate with creditors on a bankruptcy plan specifying easier terms for the company to pay debts owed.

The Chapter 11 will wipe off all of Raser’s equity interests, including common stock, options and warrants. But following rules, the company will receive $8.75 million of new capital to ensure that the company will run as usual.

“Today’s action will provide long-term relief from our debilitating legacy debt and allow us to pursue development of innovative geothermal and other renewable energy solutions,” said Nick Goodman, chief executive of Raser.

“Throughout the reorganization process, we will be conducting ‘business as usual’ and have taken every step possible to ensure that the Chapter 11 filings will not adversely affect our day-to-day operations or the delivery of power from our Thermo No. 1 plant,” said Mr. Goodman

The 10-megawatt Thermo No. 1 plant is the company’s only operating power facility near Beaver, Utah. The city of Anaheim, California, agreed in 2008 to buy electricity it will generate for 20 years.