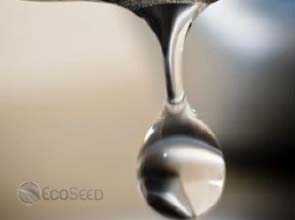 An international team of scientists led by Monash University discovered that birnessite, a black-colored, common alteration product of manganese-rich mineral deposits, can help simplify and provide a cheaper process of harvesting hydrogen from water.

Dr Rosalie Hocking, a researcher in the Australian Center for Electromaterials Science said that the discovery has opened up a more simplified way of harvesting hydrogen for fuel applications.

“Scientists have put huge efforts into making very complicated manganese molecules to copy plants, but it turns out that they convert to a very common material found in the Earth, a material sufficiently robust to survive tough use,” Ms. Hocking said.

The team was studying complex catalysts that mimic the water-splitting process of plants using sunlight. They were aiming to find an alternative and cheaper process of splitting hydrogen and oxygen that will open up a key of using hydrogen as a potential fuel source in the future.

The scientists turned to a manganese-based catalyst cell which was able to provide them the solution they were looking for.

«When an electrical voltage is applied to the cell, it splits water into hydrogen and oxygen and when the researchers carefully examined the catalyst as it was working. Using advanced spectroscopic methods they found that it had decomposed into a much simpler material called birnessite,” Professor Leone Spiccia from Monash University’s School of Chemistry, said.

«Birnessite, it turns out, is what does the work. Like other elements in the middle of the Periodic Table, manganese can exist in a number of what chemists call oxidation states,” Mr. Spiccia ended.

The manganese in the catalyst cycles between two oxidation states. First, the voltage is applied to oxidize from the manganese-II state to manganese-IV state in birnessite.

Then in sunlight, birnessite goes back to the manganese-II state. The process is responsible for the oxidation of water to produce oxygen gas, protons and electrons.

The researchers believe that their study will lead to the development of cheaper devices that will produce hydrogen. The element has been looked at by several researchers as an ideal alternative powering material on several technologies, including vehicles.

The conducted study was funded by the United States National Science Foundation and the Department of Energy, and published in the Nature Chemistry journal last May 15. Researchers at UC Davis also helped develop the findings.