Car makers that innovate on low-carbon tech to get credits 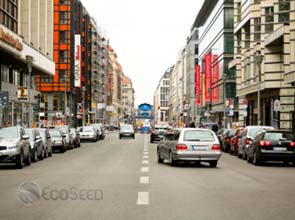 The emissions reductions afforded by these technologies will help to achieve the European Union’s target of limiting emissions from new cars to 130 grams per kilometer by 2015.

Under the regulation, a technology can qualify as an eco-innovation if it is new to the market, contributes to significant carbon savings and is not otherwise taken into account in determining the level of carbon-dioxide emissions from vehicles.

The technology must also aim at improving vehicle propulsion or the energy consumption of devices that are mandatory without compromising vehicle safety.

Car manufacturers can be granted with a maximum of 7 grams per kilometer of emission credits on average temporarily if they equip vehicles with carbon-reducing technologies based on independently verified data.

The European Commission Climate Action committee said passenger cars alone in the E.U. were responsible for around 12 percent of total carbon dioxide emissions.

The commission proposed a legislation setting emission performance standards for new passenger cars in 2007. The legislation was adopted by the European Parliament and the European Council in 2009.

Next year, the commission said that it expects 65 percent of each manufacturer’s newly registered cars to comply on average with the limit value curve set by the adopted E.U. legislation. The percentage will then be raised to 75 percent in 2013, 80 percent in 2014, and 100 percent from 2015 onwards.

The commission has set a target of 95 grams per kilometer in 2020. Details of how the 2020 target will be reached, including the excess emissions premium, will be defined in a review to be completed by 2013.

The actual emissions savings from the technologies for each specific car will be certified as part of the vehicle type approval procedure.