Malaysia: On its way to clean technology 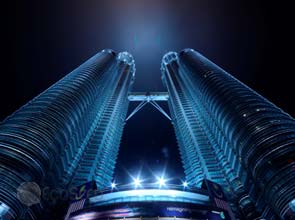 Malaysian Prime Minister Najib Razak recently highlighted the country’s accomplishments and activities in the low-carbon sector, saying they are on the way to developing clean technology.

Mr. Najib, who is also the country’s finance minister, said billions of investments have been allocated for clean technology infrastructure. An example is the Iskandar Malaysia, a “smart metropolis” under way which is said to become Southeast Asia’s first green megacity that will be home to three million people.

Mr. Najib said the country is now a major producer of clean energy products like solar panels and L.E.D. lighting.

Additionally, the government has implemented a feed-in tariff scheme to boost the country’s domestic deployment of renewable energy sources and expand the energy mix.

«We seek to grow and diversify these sectors, so we can lead the low carbon economy of the future,» reported Bernama, Malaysia’s national news agency.

In the future, Malaysia aims to become the exporter of 20 percent of the world’s global supply of rare earth elements, key materials for clean technology products including hybrid cars and wind turbines, through a new production plant.

“Green Technology shall be a driver to accelerate the national economy and promote sustainable development,” it stipulated.

The policy aims to facilitate the growth of clean technology industry and improve its contribution to the national economy. It further seeks to raise national capability and capacity in delivering clean technology innovations and enhance Malaysia’s competitiveness in the global scale.

Malaysia seeks to cut its carbon emissions by 40 percent by 2020 from 2005 levels. – EcoSeed Staff