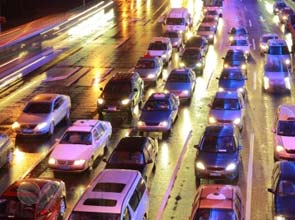 Beijing has issued a new five-year-plan to cut vehicle emissions as part of a recent slew of measures introduced to reduce air pollution and improve the air quality of the city.

According to the five-year-plan, the municipal government will limit the number of new cars on the road each year, starting January 2014.

As reported on China.Org.Cn., Rong Jun, a spokesman for the municipal transport commission, said that the commission is working with other government agencies on a new monthly limit on car registration for the next years, with a new limit to be announced late in November this year.

Under the five-year-plan, the total number of vehicles in Beijing will be limited to around 6 million by the end of 2017.

With vehicles in the city already reaching 5.35 million, according to the Beijing Traffic Management Bureau, it is expected that the number of cars to be registered will be heavily restricted in the coming years.

To further clear up the city’s pollution problems, Beijing’s traffic management and environmental protection bureaus will prepare traffic control rules for passenger cars by the end of 2013, focusing on time and zone restrictions. These rules are expected to be implemented in 2014, reported China Daily.

Additionally, vehicles from other cities will be subject to more time and area restrictions this coming 2014.

Because of the limited number of vehicles that will be registered, the municipal government will make improvements in public transportation by covering downtown areas with at least 480 kilometers of bus lanes as well as introducing a public bicycle rental system by 2017.

These measures being taken is projected to improve air quality significantly by 2017, with particulate matter that is 2.5 in density controlled to around 60 micrograms per cubic meter.

These new steps being taken to reduce vehicle emissions are part of a number of measures that the city of Beijing is taking to curb pollution and clean its air (see related story). – L. Polintan