Climate change is happening, affecting all areas of the globe – I.P.C.C. 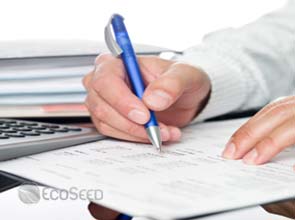 The effect of climate change is already being felt worldwide, according the Intergovernmental Panel on Climate Change.

The I.P.C.C. has the second part of their fifth assessment report detailing the impacts of climate change to date, the future risks from a changing climate, and the opportunities for effective action to reduce risks.

The report, titled “Climate Change 2014: Impacts, Adaption, and Vulnerability,” from Working Group II of the I.P.C.C., concludes that climate change is already occurring on all continents and across the oceans.

Even more worrying, the report finds that, the world is ill-prepared for the risks brought on by the changing climate. The risk from a changing climate comes from vulnerability (lack of preparedness) and exposure (people or assets in harm’s way) overlapping with hazards (triggering climate events or trends).

“We live in an era of man-made climate change,” said Vicente Barros, co-chair of working Group II. “In many cases, we are not prepared for the climate-related risks that we already face. Investments in better preparation can pay dividends both for the present and for the future.”

Observed impacts of climate change have already affected agriculture, human health, ecosystems on land and in the oceans, water supplies and some people’s livelihoods. These effects are seen all over, from the tropics to the poles and are affecting both the wealthiest and poorest countries.

“The report concludes that people, societies and ecosystems are vulnerable around the world, but with different vulnerability in different places. Climate change often interacts with other stresses to increase risk,” said Chris Field, co-chair of Working Group II.

Adaption could play a key role in decreasing vulnerability to climate change, unfortunately, while adaption is starting to occur, it is mostly reactionary, in response to past events, rather than preparing for a changing future.

“Understanding that climate change is a challenge in managing risk opens a wide range of opportunities for integrating adaptation with economic and social development and with initiatives to limit future warming. We definitely face challenges, but understanding those challenges and tackling them creatively can make climate-change adaptation an important way to help build a more vibrant world in the near-term and beyond,” said Mr. Field.

Global conservation organization, the World Wide Fund for Nature, stressed that these newest I.P.C.C. report gives the clearest and most comprehensive evidence that the earth is in trouble and climate change is real.

“This report tells us that we have two clear choices: cut emissions now and invest in adaption – and have a world that has challenging and just barely manageable risks; or do nothing and face a world of devastating and unmanageable risks and impacts,” said Samantha Smith, leader of the W.W.F. Global Climate and Energy Initiative.