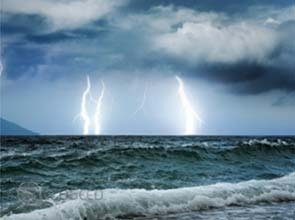 The global ocean energy industry can be worth $1 trillion, as the world’s oceans hold vast untapped potential that can be more reliable than other kinds of renewable energy sources such as wind or solar, Frost & Sullivan said.

“It is projected that commercialization of wave and tidal energy will take place in the next five to 10 years as the technology evolves and production costs decline,» noted Chin Wai Loon, a research associate of Technical Insights.

«Wave and tidal energy are expected to be deployed on a commercial scale due to its large promising resource and high market potential; it is crucial for technology developers to push through into the commercialization phase,» he added.

However, Frost & Sullivan warned that deployment of more wave and tidal projects will not be easy due to huge initial installation cost involved. These projects depend heavily on financial funding from public, private and government entities to prosper.

By securing financial support, wave energy companies can develop projects in the megawatt-scale instead of prototypes, which are only in the kilowatt range.

The current cost for wave energy is estimated to be £2 million ($3.04 million) per megawatt according to Alvin Smith, chief executive of Dartmouth Wave Energy Limited.

The British government allotted £22 million to offset the large capital cost needed during the installation stage of wave energy projects, as well as invested £8 million for the European Marine Energy Research Center, which will serve as a testing facility for new wave technologies.

Developing strong devices for the industry is the key to survive extremely harsh weather conditions out on the ocean. For example, Pelamis Wave Power stopped its 2.5-MW wave farm in Portugal indefinitely due to reported water leakages that affected the buoyancy device.

Frost & Sullivan also cited the government policies and lack of awareness on the potential of ocean resources as factors that stalled the market’s momentum.

Thus, technology developers must collaborate to hasten the commercialization of wave and tidal technologies and help it compete with other renewable technologies, while reducing overall cost. One example is the partnership of Seabased A.B. and Fortum Kellaniem to develop a 10-MW wave farm in Sweden, the largest in the country.