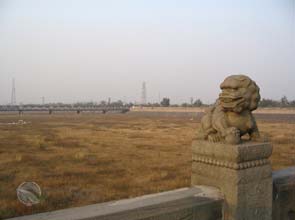 China’s State Grid Corporation, the world’s largest electricity transmission and distribution company, has laid out standards for all its smart grid projects that it hopes will also be adopted nationally.

The rules were not released in full but China Daily reported that they cover 22 criteria ranging from intelligent transmission to power generation, applied to substations and distribution systems.

“We will urge the government to integrate the smart grid project with the national development strategy. This will help us have a bigger say in the international smart grid market and play a lead role in setting industry standards,” said Wang Yimin, head of State Grid’s smart grid department.

China currently has no existing criteria for regulating technical specifications of smart grid projects. Some speculate that, this early, the State Grid could be trying to gain the upper hand in China’s smart grid market. The broader sentiment is for creating publicly available standards that would encourage competition.

The State Grid gets its equipment from subsidiary companies, acquired companies and companies it merged with. Mr. Wang said the company is planning to invest 250 billion yuan ($36.788 billion) in its power network, and has earmarked less than 10 percent of the funds for smart grid pilot projects this year.

Earlier this June, the State Grid said it would roll out 4 trillion yuan worth of energy-efficient electricity infrastructure projects.

In February, another business information provider, Zpryme, predicted that China will surpass the United States in smart grid investment this year with $7.32 billion compared with the latter’s $7.09 billion.

China has committed to increase the contribution of renewable energy to its national power mix by 15 percent in 2020, and to cut its carbon emissions by 40 percent to 45 percent in 2020 based on 2005 levels.