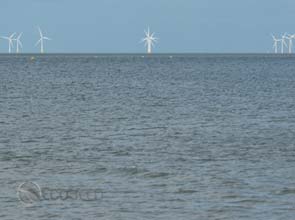 Britain’s Department of Energy and Climate Change allocated over $15 million in the form of grants to hasten the development of offshore wind technologies. The grant allocation is the first the government will release after announcing an emergency budget that includes large spending reductions and tax increases to address the country’s record debt.

Offshore wind leader Siemens A.G. (FWB:SIE, NYSE:SI) will get about $7.5 million, or approximately half of the grant allocation, which it will use in developing a 6-megawatt-rated offshore wind turbine model. Siemens earlier applied for the grant through a previous funding round.

“Offshore wind will be very significant in the energy mix as we move to low-carbon, sustainable energy supplies,” said Chris Huhne, energy and climate change secretary.

The remaining half of the grant will be distributed among seven companies. The list includes underwater power cable maker JDR Cable Systems Limited, which will receive $3 million to develop cables suitable for next-generation, multi-megawatt wind turbines. This will supplements an earlier $16.7 million investment for the company’s efforts to manufacture high voltage sub-sea cables.

“These investments can help our own businesses reap the benefits of renewable energy and help lower costs to consumers,” said Mr. Huhne.

“That’s why it’s important that we support [British] supply chain companies even in these tough economic times with grants to help them develop technologies to fit the emerging market,” he added.