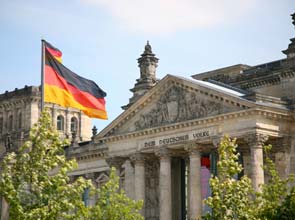 A German parliamentary mediation committee on Monday recommended slightly reducing proposed cuts to solar incentives over a three-month transition period in order to resolve a political impasse over the plans.

The Bundestag lower house has already passed the cuts, but the plans stumbled in the Bundesrat upper house in June.

The mediation committee suggested reducing the cuts by 3 percentage points for the July to September period and applying them retroactively from July 1. From October, the originally proposed cuts would be applied.

The Bundesrat, which represents Germany’s 16 states, is set to vote on the new proposals on Friday. If it rejects the bill, the Bundestag can still overrule the upper house, but it would be yet another setback for Chancellor Angela Merkel’s beleaguered government.

States in eastern Germany, along with the western state of Bavaria, where the solar industry is strong and provides thousands of jobs, had taken issue with the planned cuts. The center-left opposition Social Democrats (S.P.D.) on Monday still judged the cuts too hefty.

«This is a setback for the German solar industry,» said Thomas Oppermann, a leader of the S.P.D. in parliament’s lower house. «The [center-right] coalition is threatening jobs in an innovative growth sector with the planned cuts.»