Consortium gets go signal for massive wind project in Canada 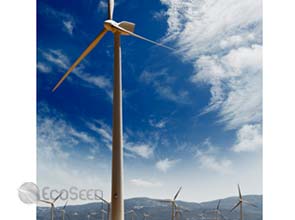 Towering wind turbines will soon rise in Quebec, Canada as the provincial government approves the construction of a 300-megawatt Lac-Alfred wind farm.

Costing approximately $700 million, the wind farm will be equipped with 150 Repower wind turbines that are capable of producing 2 MW each. The wind facility can provide enough energy to power 70,000 Quebec households.

The project will stimulate the economy of Quebec by creating 150 construction jobs, 250 manufacturing jobs and 150 operation jobs. All parts of the wind turbines will also be manufactured in local production plants.

LM Wind Power, a component supplier for the wind industry, will manufacture the turbine blades in its production plant in Gaspe, while Marmen will produce the turbine towers in Matane. SEG-Woodward, an energy control systems manufacturer, will supply the electrical converters from its New Richmond production facility.

«For several years, we have been working in close conjunction with the communities of La Matapédia and La Mitis in the development of a project that respects their concerns and the environment, in addition to being beneficial for the local economy,” said Stéphane Boyer, chief executive of Saint-Laurent Énergies.

Investments in the five projects will reportedly exceed $2 billion, with at least $1.2 billion expected to be spent in Quebec alone. The portfolio is projected to generate a total of 954-MW of wind energy.

Furthermore, projections reveal that the five wind projects will annually produce 3 billion kilowatt-hours of clean, renewable electricity – equal to the annual electric consumption of 220,000 homes or the whole population of Quebec City.