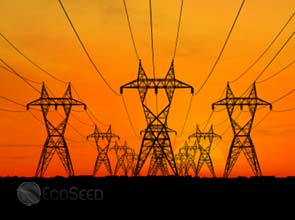 Improving the world’s age-old electricity distribution infrastructure and building a more advanced one will invite over $45 billion in investments by 2015, a market intelligence company said.

Emerging technology-focused ABI Research said more governments, apart from utilities, are expected to engage in a long overdue upgrade of the power delivery infrastructure that will coincide with the brisk demand for renewable energy.

A number of concerns driving global interest in smart grids, ABI Research said, including the fact that a number of governments have committed to source more of their electricity from intermittent renewable energy. Today’s power grids are only designed to transmit stable electricity coming out of fossil fuel plants.

Reliability issues have also compelled utilities to upgrade their electrical grids. According to the International Electrotechnical Commission, about 8 percent to 15 percent of electricity is lost during transmission through power lines.

Almost all of the estimated spending going to smart grids will be spent on transmission and distribution infrastructure overhaul at $41 billion over the next five years. The procurement of smart meters and their installation is projected to reach $4.8 billion.

Improving the power grid’s infrastructure will include the automation of processes such as control and distribution and allowing the power grid to accommodate distributed power generation and demand response programs.

Demand response systems are anchored on the future power grid’s two-way communication feature between utilities and users. One of its functions is to facilitate energy efficiency practices by enabling electricity-consuming devices to relate power use with the source and abundance of electricity supply.

Currently, power plants operating on baseload capacity always have ready supply of large amounts of electricity, which is costly.

Data from real-time monitoring of electricity generation, distribution and use provided by smart grid technologies can tell utilities of areas where electricity is needed most or notify households to turn off appliances that are not in use.

«Most of the electric utility infrastructure deployed in the industrialized world was built between 60 and 80 years ago,” said Larry Fisher, research director of NextGen, the ABI Research division that made the report.

“Much of this infrastructure is outdated, and with the continuing increase in demand for power year after year, the grid cannot safely and reliably manage the loads of today and tomorrow without significant upgrades,» Mr. Fisher added.

The market study echoes an earlier one made by Pike Research showing that overhauling the world’s electricity grids will attract around $200 billion in investment in smart grid technologies between 2008 and 2015.

Pike estimates around 84 percent of the global investment will fall under grid automation initiatives through 2015, compared with 14 percent for advanced metering infrastructure and 2 percent for electric vehicle management systems.