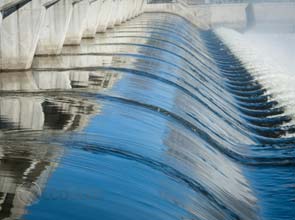 Swiss-Swedish multinational corporation ABB Ltd has commissioned a $440 million transmission link in China, which is said to be the world’s longest and most powerful transmission cable.

The Xiangjiaba-Shanghai project was completed in a record time of 30 months, a year ahead of schedule. The project is the first ultra high-voltage direct current transmission link in the world to start commercial operations.

The cable will transmit up to 7,200 megawatts of power from the Xiangjiaba hydropower plant in southwest China to Shanghai, about 2,000 kilometers away. This will provide enough electricity to about 24 million people, exceeding the transmission capacity of ABB’s 600-kilovolt Itaipu transmission line in Brazil.

The 800-kilowatt link in China has transmission losses below 7 percent, which is significantly lower compared with the existing 500-kw cables’ losses of 10 percent. The electricity saved is equivalent to the electricity needs of around 1 million Chinese people.

The link also has 33 percent than the voltage of the Itaipu transmission line, which previously held the world’s highest high-voltage direct current transmission voltage rating.

According to Zheng Baosen, executive vice president of the State Grid Corporation of China, the transmission link will help provide access to remote renewable energy, which is a key focus area for the company.