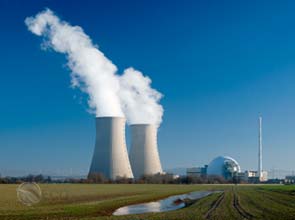 Having clean energy from the sun at costs equal to or lower than current electricity rates, or at grid parity, may no longer be a distant aim, at least when compared to nuclear power, according to a new study at Duke University.

A trend has been observed in North Carolina by the study’s authors, John Blackburn and Sam Cunningham: electricity from new solar installations in the state is now cheaper than electricity from proposed nuclear plants.

The study said some commercial-scale solar developers in the state are now offering utilities electricity at 12 cents to 14 cents per kilowatt-hour, which is expected to continue to drop.

But utilities are either limiting or rejecting solar power for the sake of nuclear plants that would sell electricity at a rate of 14 cents to 18 cents per kilowatt-hour.

North Carolina is considered a leading site for nuclear power plants, hosting five of the 104 commercial nuclear reactors in the United States. The state ranked sixth in both nuclear capacity and generation among 31 states in 2008.

Current prices from the state’s two largest utilities, Duke Energy and Progress Energy, are 10.5 cents per kilowatt-hour for residential customers and 6 cents to 7 cents for commercial customers.

While increases in electricity rates are unavoidable in the future, the study stressed that they will rise much less when energy efficiency and renewable energy are used instead of nuclear.

The decreasing cost of building photovoltaic cells is one major reason why solar-generated electricity is getting cheaper. A Lawrence Berkeley National Laboratory study has reported a 33 percent decline in the cost of producing PV cells in just 10 years, from $12 in 1998 to $8 in 2008.

In comparison, from $2 billion previously, current nuclear reactors are now estimated to cost around $10 billion, according to the study.

With module prices falling sharply last year, the cost of producing solar modules in the near future is expected to be only around 50 percent of what it did in 1998.

Experts see photovoltaic system costs continuing to decline as the industry develops more solar projects and products. The study says that even if subsidies were removed from solar power, grid parity would be delayed by a maximum of just nine years.

Mr. Blackburn believes that a shift to solar energy from nuclear could bring thousands of jobs to North Carolina.

Environment North Carolina, an advocacy group, estimates that getting just 14 percent of the state’s electricity from the sun by 2030 would create 28,000 jobs and as much 40,000 if the solar industry was backed up with federal incentives.

Mr. Blackburn said that North Carolina’s current approach to energy does not fare well in comparison with that of other states. At least 20 states have pledged to get 20 percent or more of their energy needs from renewable sources, significantly higher than the state’s 12.5 percent target, he mentioned.

«North Carolina should be leading, not lagging, in the transition to clean energy,» Mr. Blackburn said. “We call on Gov. [Beverly] Perdue and state agencies to see that a very important turning point has been reached, and act accordingly.»

Meanwhile, a report from Pike Research in June placed grid parity for solar power in certain markets as early as 2013. The European Photovoltaic Industry Association meanwhile forecasts grid parity by 2010 in some southern parts of Italy, by 2012 in several regions of Spain, and by 2015 in Germany.

No new nuclear power plants have been ordered in the United States since the 1979 accident at Three Mile Island in Pennsylvania. But the Obama administration has set aside $18.5 billion for nuclear power programs along with its low-carbon economy goal, with a view to tripling this amount in the future.