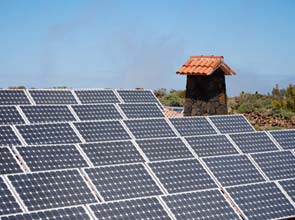 Spain’s photovoltaic  industry is the latest to suffer subsidy cuts after the government proceeded with plans to trim down incentives for new solar plants by up to 45 percent, among other corrective measures.

Under a feed-in tariff law for solar PV created in 2007, Spain requires utilities to pay above-market prices to solar installers – up to 45 euro cents ($0.59) per kilowatt-hour for grid-connected solar projects – to spur growth.

Consequently, government subsidies for solar power ballooned to 1.1 billion euros in 2008 from 214 million euros in 2007, attracting so many developers that Spain’s solar capacity jumped to 3,342 megawatts from 695 MW.

While the subsidies made Spain a leader in solar-generated energy, they also burdened utilities with billions of debt, which have accumulated to as much as 6.5 billion euros in 2009.

The move may spell bankruptcy for about 600 photovoltaic plant operators in the country, feared Spain’s Photovoltaic Industry Association.

At the same time, the government has been negotiating with several solar power producers for weeks regarding subsidy cuts for existing solar power plants.

Tomas Diaz, director of external relations at the association, told BusinessWeek the ministry intends to reduce the number of hours each day when operators earn subsidized prices for clean energy.

Both parties drafted a strategy to lower subsidies by 5 percent to 15 percent over the next three years, which will be compensated by extra years of payments, according to a memo sent to members of the association.

A spokesman of the Industry Ministry said the Spanish government is pushing to make that stipulation mandatory.

However, companies and the government have not reached an agreement, prompting the latter to postpone a decision.

The Spanish government decided in July to slash subsidies for wind energy and concentrating solar power.