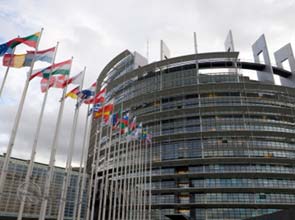 While European lawmakers adopted the amended legislation through 582 votes against 27, the European Council is yet to formally approve the changes.

The European Union launched the European Energy Recovery Plan in 2009 to boost economic recovery by funding energy projects. The latter includes cross-border gas and electricity interconnectors, offshore wind parks and carbon capture and storage projects. In 2010 a total of 3.98 billion euros was earmarked for such plans.

Parliament sought to include energy efficiency and renewable energy in the E.E.R.P. when it was first proposed. The European Commission had promised to consider this at a later stage, using funds unspent by the end of 2010.

The amended regulation provides a legal base to do this, otherwise the money would go back to national budgets.

The fund will be available early next year and will be allocated to local and regional authorities, for projects such as renovation of public and private buildings either to improve energy efficiency or to shift to renewable energy.

Local and regional authorities will receive funding in the form of loans, guarantees, equity or other financial mechanisms.

About 15 percent of the funding is allowed to be allocated on technical assistance to public authorities on setting up projects.

The unspent money will also be channeled to the construction of renewables-based heat-and-power installations with distribution networks and their integration into electricity grids.