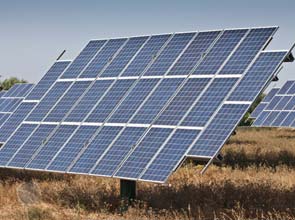 Australia intends to strengthen its clean technology sector with the help of the United States as both countries finalized a major joint initiative to make solar power technology more feasible for wide-scale application.

Hillary Clinton, the secretary of state for the United States, confirmed the launch of the United States-Australia Solar Research Collaboration initiative along with Australian Prime Minister Julia Gillard last Sunday.

The program aims to support joint projects designed to reduce the cost of solar energy technologies. Australia pledged $50 million from its Renewable Energy Future Fund for the program.

“One of the greatest barriers to a broader commercial take-up of solar power is its cost, and that is specifically what this joint research initiative will address,” acknowledged Ms. Gillard.

Ms. Clinton pointed out that the price of photovoltaic modules has plummeted by about 50 percent over the past three years. The goal of the initiative is to ease down the prices for solar technology even more.

“The joint project, with the United States, is part of an aggressive effort to bring the sales price of solar technology down by two to four times, down to the point where the price of electricity from solar is comparable to electricity generated from conventional sources,” Ms. Gillard agreed.

The collaboration will back new research on advanced solar technology projects such as dual junction photovoltaic devices, hot-carrier solar cells and high-temperature receivers.

It will also provide funding to exchange programs and research scholarships aimed at developing inexpensive solar energy solutions. The Australian Solar Institute will manage Australia’s contribution to the funding.

“Well, under this initiative our two governments will share both the cost and the benefits of research and development, which will speed up innovation,” Ms. Clinton explained.

The United States and Australia have already established a joint commitment to further develop energy cooperation and innovation between the two countries.

The United States recently awarded a $500,000 grant to Australia to support the Global Carbon Capture and Storage Institute. The grant will fund a global survey that will identify the most promising technologies for reusing carbon dioxide.

The institute will also distribute lessons drawn from carbon capture and sequestration programs in Australia and the United States to establish a framework for future projects in developing countries.

Meanwhile, Australia has shown its commitment to battle climate change by allocating $5.1 billion to its Clean Energy Initiative. The country aims to source at least 20 percent of its total power pool from renewable energy sources by 2020, which is expected to generate approximately $19 billion in renewable energy investments.