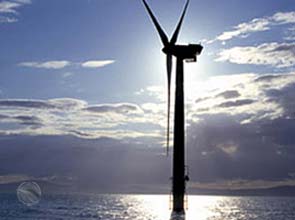 General Electric continues to reinforce its market presence in the South American energy sector as it aims to invest almost $550 million to strengthen technology partnerships with leading industry players in Brazil.

The multinational conglomerate announced on Wednesday plans to expand operations in Brazil, starting with the establishment of a new multidisciplinary research and development center in Rio de Janeiro.

The $100 million Brazil Global Research Center will be located on the Ilha do Bom Jesus peninsula. The facility will focus on developing new, cutting-edge technologies for various sectors, including renewable energy, rail and aviation.

Construction is expected to begin by mid-2011 as the conceptual stage and negotiations come to a close. The facility is slated for completion by late 2012.

“The Brazil Global Research Center will be a hub for deepening relationships that will result in growth for GE, its customers and the country,” said Ferdinando Beccalli-Falco, president and chief executive officer of G.E. International.

Finally, G.E. allotted $50 million to develop, create and operate a global learning center, which will be located at the same site as its global research center.

G.E. entered the Brazilian market in 1919 and has since planted operations in several cities including São Paulo, Minas Gerais and Rio de Janeiro. The company currently employs over 6,000 locales.

Through the new investment, G.E. expects to create 1,000 new jobs while establishing strong connections with new suppliers and partners in the local industry.

“Job expansion, especially in the technology sector, provides the underpinnings for growth and opportunity in our state and in our country,” said Sérgio de Oliveira Cabral Santos Filho, state governor of Rio de Janeiro.

“GE’s investments, including the Brazil Global Research Center, are representative of the types of high-tech operations that we need to ensure that our economy continues to expand,” he acknowledged.
G.E. (NYSE:
GE
) also signed memos of understanding with the City of Rio de Janeiro, State of Rio de Janeiro, Federal University of Rio de Janeiro, Institute for Technical Research, Ministry of Science and Technology of the Federal Republic of Brazil, Vale and MRS Logística in an effort to develop research partnerships.