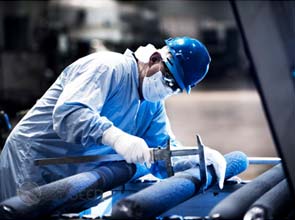 Norway-based Renewable Energy Corporation secured another supply deal for its multicrystalline wafer to an unnamed Asian cell producer, following a similar announcement made in December.

The take-or-pay contract is worth 1.1 billion Norwegian kroner ($187.73 million) at current exchange rates. It will happen in a period of three years.

R.E.C. said it has received the prepayment of about 10 percent of the estimated contract value. Mikkel Tørud, R.E.C.’s vice president and investor relations officer, said the three-year contract will start early this year throughout 2013.

Last December, R.E.C. reported signing a 1.2 billion Norwegian kroner agreement with the same payment terms with another Asian cell and module producer, for a two-year period. Mr. Tørud did not disclose the names of the company but said the two companies are different.

R.E.C. is a solar company producing multicrystalline wafers and silicon materials for photovoltaic and solar applications and solar cells and modules.

The company manufactures multicrystalline wafers in two factories in Glomfjord and Herøya, producing 542 megawatts’ worth of solar products. The company said it intends to increase wafer production capacity to 2.4 gigawatts.

In an earlier statement, the company said it expects to increase shipments under existing long-term wafer contracts while broadening its customer base.