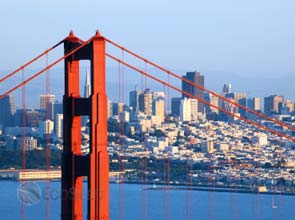 California will add 20,000 MW of renewable electricity by 2020 according to the vision new state governor Jerry Brown unveiled in his inaugural speech on Monday.

This figure will comprise 12,000 MW or 12 gigawatts of localized electricity generation – energy produced onsite or via small energy systems adjacent to where power will be consumed. Another 8 GW will be from large-scale renewable energy projects.

Meanwhile, 8 GW of large-scale projects is said to be attainable if California will require that 33 percent of its electricity be sourced from renewable sources.

Mr. Brown, a Democrat, has asked relevant agencies to contribute to his clean energy vision.

He urged the California Energy Commission to devise a plan by July that will reduce the approval time – from the current six to eight years to a maximum of three years – for highest priority generation and transmission projects.

To further cut permitting delays, Mr. Brown promised he will ensure that agencies, such as the energy commission and the California Independent System Operator, will work together to eliminate overlapping project reviews.

The state and local government and utilities were asked to execute programs that will provide loans to businesses and homeowners for the costs of their efficiency efforts and to help them save on property tax and utility bills.

The Brown government also aims to boost energy storage development in California and construction to address the intermittency of renewable power.

All in all, Mr. Brown says the plan would yield 500,000 new jobs in research and development, manufacturing, construction, installation and maintenance over the next decade.

California, the eighth largest economy in the world if it were a country, has become a leader in environmental and energy technology, partly because of all-out government support under former Governor Arnold Schwarzenegger, whose term expired.

The state was home to almost all of the renewable energy development in the United States in the 1990’s and was once the site for over 90 percent of the world’s wind energy capacity.