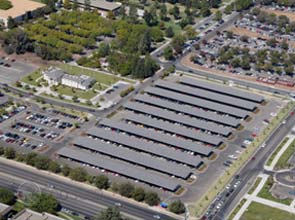 The contracts will be from photovoltaic power projects rising in Kern, Los Angeles and Merced in California, which are expected to generate a total of 831 MW of electricity and address the power demands of more than 540,000 average households upon their completion.

The three contracts with SunPower worth 711 MW include one of the largest single PV installations in the United States – a 325-MW solar facility in Rosamond that will start operations by October 2016.

Meanwhile, the 120-MW worth of contracts with Fotowatio Renewable will be based on a 60-MW project in Lamont and three 20-MW projects in Arvin, Mojave and Lancaster all scheduled to be running by late 2013.

Southern California said the contracts are a result of its renewable solicitation efforts and are subject to approval from the California Public Utilities Commission.

California aims to deliver 20 GW of renewable electricity by 2020, under the administration of new governor Jerry Brown.

“This is an unprecedented time for solar photovoltaic. We’re seeing growth in technological advances and manufacturing efficiencies that result in competitive prices for green, emission-free energy for our customers,” said Mr. Ulrich.
Southern California Edison, a subsidiary of Edison International (NYSE:EIX), is one of the largest electric utilities in the United States and services a population of 14 million.

In 2009, the utility supplied 13.6 billion kilowatt-hours of renewable power to its customers, which represents about 17 percent of its total power portfolio.