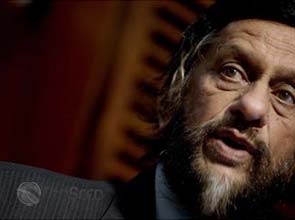 The world is off course in fighting climate change and governments need to boost green energies to build new momentum, the head of the U.N. panel of climate scientists said on Monday.

«We’re not on the right track,» he told the June 13-15 Reuters Energy and Climate Summit in a telephone interview, adding «we are far away from» a path of least cost in slowing global warming.

Mr. Pachauri, an Indian citizen, said the outlook was not all gloom if governments designed policies to promote cleaner energies such as wind, solar, geothermal and hydropower.

Stronger policies to promote a shift from fossil fuels «could bring about fairly rapid movement in the right direction … One expects that there could be some kind of snowballing effect,» he said.

«Renewables are already viable in a number of applications,» he said. At some level of promotion such as government regulation, subsidies or feed-in tariffs of minimum prices, a shift from fossil fuels could become self-sustaining.

«It’s essentially a question of policies by which the world starts moving in the right direction,» he said. «We have the means, we have the technologies.»

A report by Pachauri’s Intergovernmental Panel on Climate Change last month said renewables could provide up to almost 80 percent of all energy by 2050 – with the right policies. At worst, they would account for 15 percent by 2050.

Renewables now make up about 13 percent of the world total, which is dominated by fossil fuels such as coal, oil and gas.

He said renewables often lacked risk-taking investments – noting that oil companies often spent millions of dollars in exploration wells that turned up no oil nor gas.

«Why is it that we are not doing the same with renewable energies where the benefits … are so overwhelming?» he said.

Mr. Pachauri has remained I.P.C.C. chairman, weathering controversy in 2010 after an error in the I.P.C.C. report exaggerated the rate of melt of the Himalayas. Independent reviews backed the I.P.C.C.’s main conclusions that global warming is «very likely» man-made.

«One gets the sense that (the trend) is in the upper half» of scenarios considered by the I.P.C.C. in a 2007 report, he said. That «upper half» would mean a temperature rise of between 3.2 and 6.1 degrees Celsius.

He faulted governments for failing to act on the 2 degrees Celsius ceiling. The I.P.C.C. said in 2007, for instance, that world emissions would have to peak by 2015 to give a good chance of achieving a 2 degree Celsius target.

«I think they just haven’t put the pieces together,» he said of related scientific findings by the I.P.C.C. «They have just focused on bits and pieces of it … people have not looked at the complete picture.»

And he said «two degrees still has significant impacts on agriculture. Particularly in the sub-tropics and tropics.»