G.E.’s Ecomagination initiative rakes in $18 billion in earnings for 2010 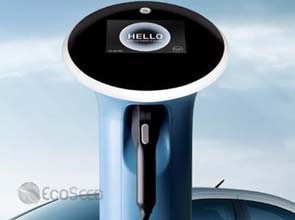 General Electric earned $18 billion in revenues from its Ecomagination product line and already surpassed $85 billion in sales since it began the Ecomagination program in 2005. The figures were released by G.E. in its Ecomagination 2010 report, recording the gains of the company last year in the initiative launched six years ago by G.E. to position itself in various green business sectors, such as renewable energy and energy efficiency.

According to the report, G.E. doubled its investment in clean research and development through the deployment of $1.8 billion in funds last year. The figure reflects that G.E. is in line with attaining its target of $10 billion of cumulative investments between 2010 and 2015.

“Ecomagination is a competitive force for growth across G.E.’s businesses. With $85 billion in sales and services since 2005, Ecomagination is a business strategy that represents an area of continued strength for the company,” said G.E. chairman and chief officer Jeff Immelt.

“While eco revenues were affected by the global economic slowdown, we continued to make significant investments even during challenging times in solutions that will help increase long-term profitability, create new markets, and deliver greater competitiveness to G.E., customers, investors, and consumers,” added Mark Vachon, vice president of Ecomagination.

G.E. reported the development of 22 new products and solutions under its Ecomagination initiative last year, covering the sectors of green transportation and energy efficiency, among others.

An electric vehicle with a 24 kilowatt-hour battery will only take between four and eight hours to charge by using the WattStation, instead of 12 to 18 hours with a standard plug-in charging for a full charge.

Another 2010 Ecomagination release was the Nucleus Energy Manager. The Nucleus, when used with a smart meter, provides a wireless home energy monitor that plugs into any standard electrical outlet. It communicates with the smart meter to collect and store household electricity consumption and estimated pricing data.

G.E. outfitted over three dozen households on Martha’s Vineyard with the Nucleus for a pilot program that aided the affluent Massachusetts summer island colony in its smart grid connections and renewable energy sourcing last summer.

G.E. reported the creation of 2000 green jobs through its smart-grid manufacturing facility in Bloomington, Indiana. It expects over 400 jobs from its Smart Grid Technology Center in Atlanta, Georgia in the next three years, and 2,650 more across the United States through a $750 million turbine deal with Reliance Power Ltd. in India.

Apart from being one of one the most successful commercial initiatives by G.E., the Ecomagination initiative helped the company cut its energy intensity in 2010 by almost 33 percent, and reduce greenhouse gas emissions by 24 percent compared with a 2004 baseline.

Forbes Magazine ranked G.E. third in its latest list of the world’s 2000 biggest public companies, with assets amounting to $751.2 billion as of April 2011.