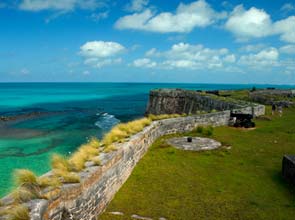 Four of the United Kingdom’s ministers have signed an agreement that sought to exploit the potential of the country’s wind and marine sources for energy generation in the country’s islands.

Ministers from the British Isles, Ireland, the Channel Islands, and the Isle of Man signed the All Islands Approach to energy agreement which sought to harness the potentials of the two natural energy resources in the country’s islands.

The agreement, which was adopted Monday at the British-Irish Council in London, aims to encourage and enable developers to exploit commercial opportunities for generation and transmission, facilitate the cost-effective exploitation of the renewable energy resources available, and increase integration of the country’s markets to improve security on energy supply.

“There is a massive potential source of clean, green, secure energy that remains untapped in the Irish Sea and onshore in Ireland, as well as around the Channel Islands,” U.K. minister of state for energy Charles Hendry said.

“Optimizing the natural renewable resource available around our islands would benefit us all. It makes much more sense to develop and share clean, green, secure energy with our neighbors than import vast amounts of fossil fuels from far flung parts of the world,” Mr. Hendry ended.

The agreement would lead to an integration of the energy supply channel around the islands and, in the event of a production of surplus power, the excess supply could be traded to another or exported to other countries in Europe.

The country has been focusing recently on harnessing the potentials of its wind energy sources, with Danish wind turbine maker Vestas Wind Systems A.S. leasing a portion of England’s Port of Sheerness to build its 7-megawatt V164 wind turbines in the country.

Another was the ambitious establishment of offshore wind farms with a projected generation capacity of 32 gigawatts.

However, setbacks have been brought upon the offshore wind farm goal as power generated by such wind farms is too expensive, still having the same price as nuclear energy-derived power in 2020.