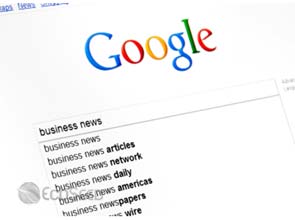 Google.org, the internet giant’s philanthropic arm, released a new study saying that new ideas and improvements in clean energy and related industries together with policies that encourage them can help the United States earn billions and employ millions.

Presented on the company’s official blog, the study used economic models from consulting firm McKinsey & Company to pinpoint how much could new developments in clean technologies contribute to the country’s economic growth or in reducing greenhouse gas emissions.

The report concluded that new technologies can help the United States add $155 billion per year to its gross domestic product and create 1.1 million net jobs while reducing each household’s energy cost by $942 per year in 2030. It can also cut the country’s oil consumption by 1.1 billion barrels per year and carbon emissions 13 percent in the same scenario.

With policies like clean energy standards, such as a $30 per ton carbon price for industries in the power sector, Google said more can be achieved for either innovation or policy alone. Such policies can add another $89 billion to the country’s annual G.D.P. and 842 million jobs in the same period.

Although the study stressed the role of technology and policy together, the report found the speed of which they are implemented is equally important. A mere five-year delay between 2010- to 2015 in innovation could lead to $2.3 trillion to $3.2 trillion in unrealized G.D.P. and 1.2 to 1.4 million net unrealized jobs.

The delay can also add 8 to 28 gigatons of potential greenhouse gas emissions by 2050.

Google said that technologies that innovate the fastest will win in the long run. For example, the bulk of innovation benefits by 2030 were attributed to advances in battery technology. The study estimated that batteries for grid storage, when combined with breakthroughs in solar and wind could increase renewables deployment by up to 35 percent by 2050.

«In a sustained era of cheap gas ($3 per million metric British thermal units), if electric vehicle breakthroughs do not happen quickly, C.N.G.s (compressed natural gas) will dominate the market (for clean transportation) and make it much harder for electric vehicles to reach scale,» the study said.

On electricity generation, coal plants are very tough to compete with on cost per megawatt hour, it noted. Even with technical breakthroughs, the study said renewable energy generation would not compete with until after 2030 when clean energy is cheaper than the marginal cost of coal.

“Only our breakthrough assumptions for solar PV and geothermal were cheap enough to replace existing coal by 2030. Thus, none of the breakthrough-only runs reduced 2030 coal generation by more than 5 percent,” the report said.

Natural gas could be economical in the short term but may also slow the deployment of clean energy sources in the long term, the report noted. Overall emissions were reduced slightly by 6 percent by replacing coal plants.

Households can also save an average of $555 annually through switching to C.N.G. vehicles and cheaper electricity.

In the long term, however, cheap gas at $3/MMBTU on its own reduced the total deployment of renewables, carbon capture and storage, and nuclear by 47 percent.