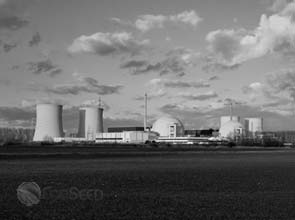 E.ON A.G., Germany’s largest utility, will lay off more than 10 percent of its workforce and reduce dividends after first half profit plunged, blamed on the closing down of nuclear reactors.

While revenues were up 20 percent year-on-year, the utility said German parliament decisions on nuclear policy led to the utility’s first quarterly loss in 10 years.

Adjusted net income, a metric E.ON uses to calculate its dividend, fell to 933 million euros from 3.26 billion euros a year earlier. The utility reduced its full-year dividend target to 1 euro from a promised payout of at least 1.30 euros for the year.

To cope, the utility said it will reduce spending from around 11 billion euros to approximately 9.5 euros billion yearly by 2015.

“We’re not immune to negative changes in our markets, and especially in the political and regulatory environment. We simply must make use of the internal flexibility we have,” he added.

Because of this Mr. Teyssen and the Board of Directors decided to cut 9,000 to 11,000 jobs, primarily in administrative functions, to counter falling earnings. As of June 30, the company had 79,158 employees worldwide.

Criticism over nuclear power following the disaster at Japan’s Fukushima Daiichi plant drove Germany to announce plans to close all 17 of its nuclear reactors staring in July at the earliest. E.ON owns six of them.

Even before the costs of shutting the plants, E.ON together with RWE A.G., Germany’s second-largest, are already paying nuclear fuel taxes intended to net the government about 2.3 billion euros to help pay for the country’s deficit.

RWE, scheduled to shut four nuclear reactors, said yesterday that costs of earlier-than-expected shutdown of the plants and the nuclear-fuel tax brought its net income to 1.6 billion euros compared with 2.7 billion euros in the first six months of 2010.

The nuclear phase-out Germany also affected the utility’s credit ratings. Standard & Poor’s and Moody’s, the leading rating agencies, lowered their credit ratings for RWE by one notch to A- and A3, respectively, with a “negative” outlook in June.

In comparison, E.ON Standard & Poor’s credit rating remains at A in July but the agency also changed its outlook from stable to negative. Moody’s announced in the same month that it’s currently reviewing its A3 credit rating for the utility with a possible reduction of one-notch within three months.

The credit rating, which evaluates a borrower’s capability to pay debts, could affect RWE’s ability to borrow money through financial institutions such as banks. Each crediting agencies has a different system to score credit worthiness.

In view of the nuclear policy, Mr. Teyssen said E.ON will press legal charges against the government.

“Obviously, we’re taking legal action against the nuclear-fuel tax, which we believe is unlawful. And obviously we’ll quantify the financial damage caused by the early shutdown of our nuclear power stations and present these figures to Germany’s political leadership,” he added.

Jürgen Grossmann, the chief executive of RWE and known defender of nuclear power, have already crunched the numbers, estimating that the policy overall have already cost RWE 900 million euros

“For now we have to shoulder these burdens. Moreover, we can’t expect any near-term relief in our market,” Mr. Teyssen added.

The company has reduced its financial outlook for the rest of the year. E.ON’s adjusted net income is now in an expected range from 2.1 to 2.6 billion euros from an earlier guidance announced in March of 3.3 to 4 billion euros.