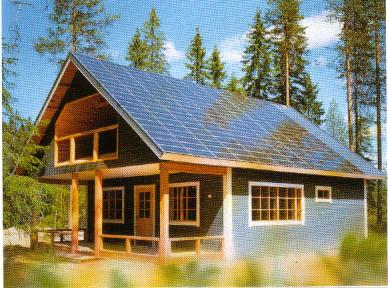 After closing down a manufacturing plant and laying off workers earlier this year, SpectraWatt Inc. has filed for Chapter 11 bankruptcy, making it the second solar company in the United States to do so this month.

The company, which is backed by Intel and Goldman Sachs, filed at the United States Bankruptcy Court in Poughkeepsie on August 19, asking the courts to allow it to auction off millions of dollars’ worth of its assets to pay creditors.

The company is valued at $33.9 million and has more than $38.6 million in liabilities. Companies that file for Chapter 11 usually plan to cut debt, streamline business, and continue operating.

SpectraWatt officials announced in December last year that they were shutting down the company’s plant in I.B.M.’s Hudson Research Park in New York and laying off all of its 117 workers, effective March this year.

The company wants to hold the auction as soon as September 28 if the U.S. Bankruptcy Court grants its proposal. Ideally, a buyer would bid on the company’s entire assets, but the company might have to sell its equipment piecemeal, according to court documents.

SpectraWatt said it wants to hold the auction as early as next month before the market is swamped with equipment from other companies also dealing with the same financial woes, possibly driving the prices of SpectraWatt’s assets down, according to a statement.

«Within the next three to six months, there is a high likelihood that a significant amount of used solar cell manufacturing equipment and related assets will flood the market and drive down the value of the debtor’s assets,» SpectraWatt’s Chief Restructuring Officer and Chief Executive Officer Brad Walker said in the filing.

SpectraWatt was spun off from Intel, the world’s biggest chipmaker, in June 2008 and raised $41.4 million in a Series A round with investors including Goldman’s Cogentrix Energy L.L.C., PCG Clean Energy & Technology Fund L.L.C. and Germany’s Solon S.E., according to an earlier press release.

The company has a manufacturing capacity of 30 megawatts as of January 2010.

Its problems worsened in recent months as key European solar markets like Italy and Germany pulled back subsidies, increasing global supplies of solar panels and sending prices down, he added.