Australia to reach 85 percent renewables by 2050 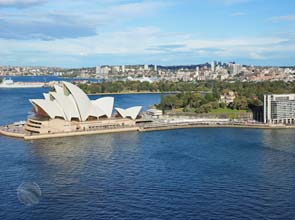 “This transformation is well under way. Australia is moving to an increasingly integrated energy system where a more diverse set of technologies and fuels will strengthen

Renewable energy sources in Australia could account for 40 percent of the country’s energy needs by 2035 and as much as 85 percent by 2050, a recently released energy white paper states.

“This transformation is well under way. Australia is moving to an increasingly integrated energy system where a more diverse set of technologies and fuels will strengthen our long-term energy security and help to lower our greenhouse gas emissions,” said Martin Ferguson, minister for resources and energy.

The document underpins how natural gas and renewable energy has to be developed in the coming years to phase out dependence on coal. The transformation from coal to renewables is estimated to require 200 billion Australian dollars of investment in new power stations and infrastructure, of which about 50 percent could be allocated for renewable energy projects.

Australia has some of the world’s best wind resources, the report writes. As of April 2012, the country has a total wind energy output of 2,480 megawatts. Wind energy currently provides more than 6,800 gigawatt-hours of electricity annually or nearly 2.4 percent of the country’s overall electricity needs, according to Australia’s Clean Energy Council.

Solar power is also a prospect for supplying Australia’s energy mix. The country receives solar radiation of around 58 million petajoules annually, which is about 10,000 times its yearly energy consumption. To date, there are nearly 200,000 solar photovoltaic rooftops across the nation.

The document notes that “few could have predicted the dramatic reduction in solar PV costs that has occurred over the past few years.” With installed cost of small-scale solar facility decreasing by about 50 percent in the past year and showing no sign of slowdown, rooftop solar could be a key player in Australia’s renewable energy future.

Carbon capture and storage potential, on the other hand, is projected at 417 gigatons, equivalent to 2,000 years’ worth of storage.

“We are well positioned to build on our current success through our enormous natural endowment of energy resources, a strong economy, robust energy markets, a highly skilled workforce, a well-deserved reputation for innovation, and a world-class research and development base,” said Mr. Ferguson.

Along with the 85 percent renewable target by 2050, the document estimates that by the same period fossil fuels, along with carbon capture and storage, will contribute 29 percent energy supply, large-scale solar power with 16 percent, wind energy and rooftop solar with 13 percent each, while geothermal, hydroelectric and bioenergy make up the remaining share.

“No long-term forecast is ever certain, but I am confident that the policies and priorities outlined here provide the soundest possible basis for the continued development of our energy markets and resources. Working together, we will be able to manage Australia’s energy transformation and ensure our nation’s prosperity for decades to come,” said Minister Ferguson. (C. Dominguez)