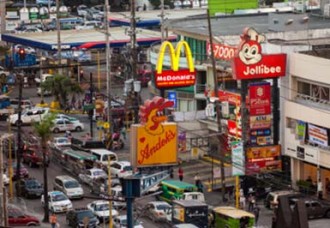 Speaking at the opening of Power and Electricity Philippines conference on Wednesday (February 28), Ms. Asirit stressed that energy security is imperative to usher in the country’s fast-paced development.

Speaking at the opening of Power and Electricity Philippines conference on Wednesday (February 28), Ms. Asirit stressed that energy security is imperative to usher in the country’s fast-paced development.

“Markets around the world are now seeing the Philippines’ bright potential to lead in the Southeast Asian region given its relatively high economic growth at 7.1 percent for the third quarter of last year, which our economic managers expect will rise further this year,” she said.

According to Ms. Asirit, the event, a first-of-its-kind, is a good venue to further tap into the use of energy sources that are readily available in the country and to take advantage of investment opportunities in various energy sectors, including renewable energy, smart grids and micro grids.

While specific goals are laid out by the government, Ms. Asirit noted that fulfilling all of these remain a challenge for a country that is composed of 7,107 islands and has three main grids for three large islands – Luzon, Visayas and Mindanao.

The DoE projected that through 2030 the Luzon grid needs an additional capacity of about 10,450 megawatts of power. The Visayas grid requires an additional 1,950 MW and the Mindanao grid calls for another 2,000 MW.

Of the three grids, Ms. Asirit pointed out that Mindanao’s is the only one that is not connected by a submarine cable to the two bigger islands. In addition, providing power for Mindanao is the most challenging, especially with areas in the region experiencing rotating brownouts from time to time, particularly those that are far from generation centers.

Ms. Asirit said the DoE is preparing an energy roadmap for Mindanao, through the implementation of the intimate Mindanao electricity market, to provide the region with continuous access to electricity.

The government agency is also seeking to rehabilitate the Agus Pulangi hydropower complex, which accounts for about 52 percent of the region’s generation capacity.

As of 2012, the Philippines’ total primary energy mix in million ton oil equivalent is at 42.04 percent, with self sufficiency at 57.44 percent. Renewable energy accounts for 39.27 percent. Overall, oil comprises 51.13 percent followed by coal at 22 percent and geothermal at 20.79 percent. Solar and wind had the smallest share combined at 0.2 percent.

Meanwhile, for the power generation mix, total generation amounted to 73,340.28 gigawatts last year, with self-sufficiency at 57.5 percent. Renewable energy accounted for 29.32 percent. On the whole, coal contributed 38.63 percent followed by natural gas at 27.12 percent and hydropower at 15 percent. Solar and wind again has the lowest share with just 0.11 percent.

Renewable energy is playing a key role in the country’s energy mix but their share remains slim, particularly solar and wind which has notable potential in the Philippines. To date, geothermal is country’s the most developed renewable energy, ranking second in the world after the United States.

Aside from conventional power sources, the Philippine government is looking to secure its energy supply with the use of “green” resources. To foster this, the Renewable Energy Act was implemented in 2008 and the feed-in tariff rates for renewable power generation were approved in 2012.

Ms. Asirit said smart grid is a promising technology to enhance efficiency, reliability, and sustainability of electricity production and distribution across the country.

“Certainly, it’s a very challenging sector that sees developments every day, and we will see more challenges as the power industry goes. But we believe that with the kind of partnership and cooperation we have seen in all the stakeholders, the Philippines is actually taking a foothold of the global economy by becoming truly competitive,” concluded Ms. Asirit.

The Power and Electricity Philippines is a two-day conference on February 27 to 28 at InterContinental Manila, Makati. It brings together government representatives, private sectors and industry leaders.

The event aims to tackle new investment opportunities across the Philippine energy industry.