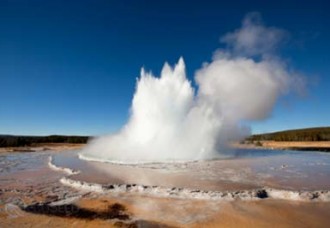 According to the World Bank, many developing nations have immense potential for geothermal energy, including those in the East Africa, Southeast Asia, Central America, and Andean regions.

There are at least 40 countries within these regions that have sufficient geothermal resources to meet a significant share of their electricity needs.

“Geothermal energy could be a triple win for developing countries: clean, reliable, locally-produced power. And once it is up and running, it is cheap and virtually endless,” said Sri Mulyani Indrawati, World Bank Managing Director.

However, a key challenge for countries seeking to harness their geothermal energy potential is the cost of the initial test drilling phase for the projects.

According to the World Bank, proving the viability of a single steam field can cost around $15 to 25 million, and if a site has no potential, the investment will go to waste.

Speaking at the Iceland Geothermal Conference in Reykjavík, Mr. Indrawati called for donors, multilateral banks, governments and the private sector to participate in the G.G.D.P. to mainstream the use of geothermal power to provide clean electricity to millions of people.

The World Bank said donors can participate in the G.G.D.P. by helping to identify viable projects, through bilateral assistance and existing channels such as the Climate Investment Funds or the Global Environment Facility.

Donors will be convened later this year to discuss financing of particular geothermal projects under the plan. – EcoSeed Staff