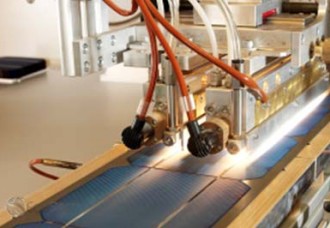 In a statement, the Chinese company cited higher production costs exacerbated by import tariffs on solar cells and aluminum frames imposed by the United States government

In a statement, the Chinese company cited higher production costs exacerbated by import tariffs on solar cells and aluminum frames imposed by the United States government, and global solar module oversupply as the deciding factors for the closure of operation in Arizona.

The facility will officially close its door and stop production on April 3, 2013, affecting around 43 employees.

In October of last year, Suntech was one of more than 50 Chinese solar companies affected by the decision of the U.S. Department of Commerce to place anti-dumping duties on Chinese solar products (see related story).

A unilateral tariff of 35.97 percent was placed on Suntech solar cells produced in China. This came in addition to tariffs imposed by the U.S. government on aluminum frames. Both solar cells and aluminum frames were key inputs for the manufacturing activities in Goodyear.

According to Suntech, both tariffs have made it more challenging for Suntech to cost-effectively manufacture solar modules in the U.S.

The Goodyear facility opened in October 2010, reaching peak production of 50 megawatts per year in 2011. As of November 2012, the facility had already attempted to keep down costs by scaling back its output to 15 MW.

“There are the growing pains of a maturing industry,” said E.L. McDaniel, managing director of Suntech America regarding the closure decision.

The decision to stop operations in the Goodyear facility is in line with Suntech’s global restructuring efforts to rationalize production capacity and reduce operating expenses by 20 percent in 2013.

The company, which is one of the largest solar panel producers in the world, has already temporarily closed a portion of their solar cell production capacity in Wuxi, China (see related story). – EcoSeed Staff