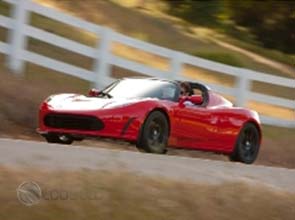 The latest Energy + Environment survey of the Market Strategies International finds that 70 percent of its respondents agree that driving electric vehicles complement government plans on energy independence. However, only 43 percent are eager to drive the vehicles, while 57 percent expressed apprehension on electric vehicle use.

«Respondents clearly see the importance of electric vehicles but don’t necessarily see themselves driving one in the immediate future. The reason may be ‘range anxiety’,» said Jack Lloyd, a vice president in the energy division at Market Strategies.

Range anxiety is concern about a vehicle’s range and battery life. Around 28 percent of the respondents considered battery life and range issues as potential roadblocks to the success of electric vehicle adoption.

There are also other issues that concern consumers. At least 20 percent of the respondents raised the issue on the availability of recharging infrastructure, 17 percent were concerned about the total costs and affordability and 9 percent were apprehensive on vehicle costs.

These concerns exist in the light of promising all-electric and hybrid electric car technologies that are set for commercial release next year. For instance, Chevrolet boasts that the Chevrolet Volt’s electric propulsion can last up to 40 miles when fully charged, plus another 300 miles after the combustion engine takes over. The Tesla Roadster, powered by custom lithium-ion batteries made up of 6,800 individual power cells, has a range of 245 miles.

Still, not all of the survey’s results were bleak. The respondents were generally supportive of the integration of electric vehicles in the United States mainstream transportation. Fifty-four percent actually expect electric vehicles will account for about 20 percent of new vehicles sales in 15 years to 20 years.

Utilities in the United States can generate potential income from electric vehicles, according to a study by Pike Research. The study says utilities will slowly see revenues from vehicle charging boom to over $200 million in 2015.