Hybrid streetcar to be adopted in North American cities 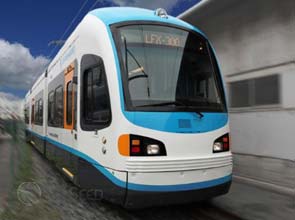 The streetcar or tram might be enjoying a revival in some parts of North America, only this time they are said to be more environment-friendly by leaving no emission.

The city of Charlotte in North Carolina and the Charlotte Area Transit System will be among the first to host an electro-hybrid streetcar from Kinkisharyo International, L.L.C.

The streetcar is the company’s prototype version. It is propelled by either overhead electric catenary or onboard battery power. The streetcar was specifically designed for North America.

In battery-powered mode, it uses electricity stored from regenerative braking and by charging the batteries while running on catenary, minimizing total power consumption. This also makes it a non-emitter of fumes.

Kinkisharyo International, L.L.C. is the North American subsidiary of company The Kinki Sharyo Co., Ltd. based in Osaka, Japan, which also designs and manufactures railcars.

But Kinkisharyo said findings from the Toronto Public Health in 2007 showed that 440 locals die every year from pollution related to vehicle traffic.

According to the findings, 6,000 Torontonians are hospitalized every year due to smog pollutants. In addition, 1,200 children every year experience symptoms of acute bronchitis.

With streetcars, doctors say a 30 percent reduction in motor vehicle emissions in Toronto could save nearly 200 lives a year.

Studies have shown that when people ride the streetcar instead of taking private automobiles or taxis, 4,321 tons of carbon dioxide will be prevented from being released into the atmosphere each year, the company said.