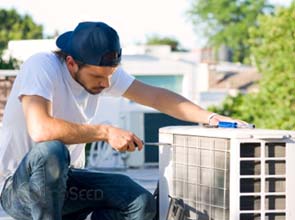 The Department of Energy and Climate Change will be giving financial assistance to households and businesses that will install heating systems.

The subsidy – which will be given quarterly to those who will avail of it – will decline eventually along with the lowering costs of technology and installation, department officials said.

The scheme is the first in the world to encourage the use of low-carbon heating systems, Mr. Huhne said, projected to raise installations by seven times and total investments in clean technology to £4.5 billion in 2020 – giving potential to the renewable heat industry.

Aside from supporting 150,000 jobs in the heating industry, a drop of 44 million tons of emitted carbon by 2020 is, equaling to yearly emissions of 20 new gas power stations is expected due to this move.

While incentives for households will begin in October 2012, payments for up to 25,000 installations from July 2009 will be supported through a transition scheme called “R.H.I. Premium Payment”, of which a budget of £15 million is allocated. The amount of support money that will be given per installation will be adjusted to inflation every year for 20 years.

The scheme for businesses is yet to be approved by the Parliament. By 2020, about 13,000 and 110,000 installations in the industry and commercial sectors, respectively, are expected.

Renewable Energy Association chief executive Gaynor Hartnell said they support the scheme and will be working with the government to iron out any teething problems.

“However, it is essential that the support levels published today are sufficient to drive rapid expansion when the scheme goes live in July,» said Mr. Hartnell.

Chris Shearlock, R.E.A. sustainability manager, welcomed the new scheme as it aligns with their commitment to increase renewables lending to £1 billion and reduce carbon emissions by 35 percent in 2017.

“Government needs to match this level of ambition and ensure that the detail of the R.H.I. creates the right framework to unlock further investment,” he added.