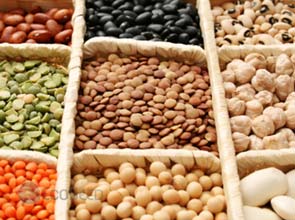 Around 40 percent of the worlds largest corporations are already experiencing problems in their businesses because of growing pressure on global water supplies, a new survey from the Carbon Disclosure Project revealed.

The British climate change nonprofit reported this as it launched its first ever annual Water Disclosure Project report, which asked 302 of the world’s 500 largest companies in the FTSE Global Equity Index about how their businesses are functioning in a time of water scarcity. It was conducted on behalf of 137 institutional investors representing $16 trillion in assets.

Paul Dickinson, executive chairman of the Carbon Disclosure Project, said demand for water is projected to outstrip supply by a staggering 40 percent by 2030.

Still, he believes the changing availability of water resources will present opportunities through demand for new infrastructure, products and services.

Half of the companies asked were able to respond to the water survey. Thirty-nine percent said their businesses were already experiencing the effects of problems ranging from drought, flooding, declining water quality and rising prices. More than half said they expect risks to their businesses coming within one to five years.

Industries that reported the greatest exposure include food, beverage, tobacco and metals and mining. Chemicals and technology and communications were found as least exposed.

Aside from drought and flooding, companies also raised concerns on changing regulations and reputational damage. Some mentioned paying fines relating to pollution as another concern.

Encouragingly, 89 percent of companies have already developed strategies such as water management, water efficiency and reduction and wastewater treatment, while 60 percent have set targets to reduce water waste.

Ninety-six percent of the respondents said they were aware of potential water problems while 67 percent had somebody at board or executive level responsible for water issues. Around 60 percent of them have also set water-related performance targets.

However, the report urged firms to be more aware of the impacts of water issues on their supply chains, in light of what is going on. For instance, major floods in China and Pakistan this year have resulted in almost $100 billion in damage to date.

Only 53 percent of those questioned could identify whether they were exposed to water risks in their supply chains, as opposed to high levels of awareness over their own operations.

The report also found that some sectors are more engaged in dealing with water risks than others. All of the companies in the chemicals sector in the survey did respond, compared with just 29 percent in the oil and gas, construction, infrastructure and real estate sectors.

“Now is the time to start seizing these opportunities, addressing water challenges and building resilience – not once the well has run dry,” Mr. Dickinson said.

In 2008, Peter Brabeck-Letmathe, chairman of Nestlé, warned that water is a more urgent problem than climate change and called for significant increases in water prices to pressure big users to be more efficient.