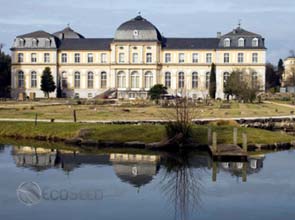 A U.N. summit in Copenhagen last year failed to produce a legally binding agreement to combat climate change, leaving around 190 nations with no choice but to go back to the negotiating table this year.

Luis Alfonso de Alba, Mexico’s special representative for climate change, told Reuters there could be up to three treaties, which legally bind countries to cut greenhouse gas emissions and support the countries most vulnerable to the effects of global warming.

«We are not just talking about one single legally binding instrument but a set of them,» he said on the sidelines of a U.N. climate meeting in Bonn.

«One instrument will cover (parties to the) Kyoto Protocol but it is also possible to have something for the U.S. and a third one for developing countries,» he said.

The European Union told Reuters on Tuesday it was open to considering the option of two treaties instead of one to overcome an impasse between developing and rich nations.

Mexico will host U.N. talks in Cancun in November and hopes for the «maximum, not the minimum» outcome, Mr. De Alba said.

However, he admitted it could take «several years and several instruments» to put in place a legally binding document.

Mexico’s climate chief expressed frustration at slow progress during the first two days of talks this week, when delegates spent too much time on the negotiating process rather than the main issues.

«Groups have now picked up speed but they need to concentrate on the substance and identify the main issues so we can build a comprehensive package of decisions at Cancun,» he said.

It now seems unlikely that the Bonn talks will result in a new negotiating text by Friday due to proposals and amendments being added to the text rather than taken out.

The main sticking points are how and who should raise their emissions reduction pledges, financing, adaptation measures and tackling loopholes in the Kyoto Protocol, which could undermine rich nations’ pledges.

«I am hoping by tomorrow that we get through the text and get familiar with the proposals but identifying the main issues we can concentrate on in China,» Mr. De Alba said, referring to the next round of talks in October.

«In China we have to find the middle ground – we cannot go line by line or paragraph by paragraph.»

The Cancun meeting could see agreement on moving to a second commitment period of the protocol, but it would depend on developed countries taking the lead, Mr. De Alba said.