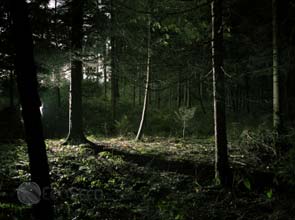 These new carbon maps locate and measure carbon stored in the vegetation and soils of a country’s terrestrial ecosystems. They also determine areas where investments in carbon can benefit community livelihoods, help in foliage preservation and combat climate change.

Now, the mapping body seeks to do further work for the Democratic Republic of Congo and Indonesia under the Reduced Emissions from Deforestation and Forest Degradation plus program.

«The aim is to assist governments in setting priorities for carbon investments,» explained Achim Steiner, undersecretary general of the United Nations and executive director of the environment program.

The carbon maps show that a number of Tanzania’s natural carbon-rich lockers are located in areas where almost 70 percent of the country’s mammal species interact.

“This is the kind of science and analysis that governments from Ecuador to Cambodia are also now looking at to maximize the benefits of investments in REDD+ and accelerate a transition to a low carbon, resource efficient green economy,» Mr. Steiner said.

Forests serve as natural sinks for carbon emissions, thus playing a critical role in the battle against climate change.

However, an estimated six gigatons of carbon dioxide emissions are released mainly because of forest loss. In 2004, greenhouse gas emissions caused by deforestation exceeded that of the transport sector.

This is why governments are pushing for a mechanism that will provide payments for activities under the REDD+ initiative, with a goal of cutting deforestation by half by 2020.

“With global biodiversity under unprecedented threat, identifying areas that are high in both carbon and biodiversity offers an opportunity to direct scarce financial resources in ways that create win-win situations for climate change mitigation and biodiversity conservation,» said Jon Hutton, director of the mapping group.