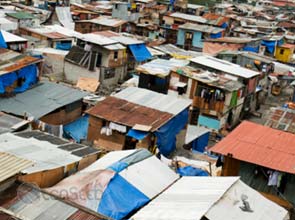 A total of 51 donors pledged funding for the replenishment, the sixteenth of its kind, of the International Development Association. It is about 18 percent higher than the funding package in 2007. Donors met for two days in Brussels from December 14.

Seventy-nine of the least developed countries in the world, including 39 from Africa, are expected to get help from the funding aid to support infrastructure, health services and education and climate change mitigation from 2011 to 2014.

Finland, one of the donors and who pledged 256 million euros ($338.20 million) for the next nine years, said climate change mitigation activities are necessary in the eradication of poverty. Such activities entail developing energy production and cleaner sources of energy, the country said.

The International Development Association has allocated more than $220 billion to low-income countries, of which half went to African nations.

“This is very good news for the poor across the world, particularly in sub-Saharan Africa, where I.D.A.’s long standing support has already helped to achieve concrete results,» said Bingu wa Mutharika, president of Malawi and chairman of the African Union.

“This strong response by donors also signals that development funding should not be viewed just as aid, but rather as investment in the future, as we need developing country growth to ignite global growth,” said Ngozi Okonjo-Iweala, World Bank official for replenishment negotiations.