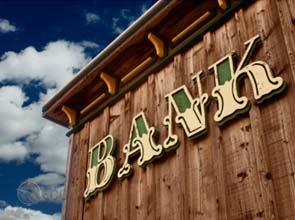 According to Carolyn Currie of Sydney-based Public Private Sector Partnerships, establishing what she calls a carbon swap bank will allow direct deposits of stored carbon from projects and consequent withdrawals of emission credits to be made when needed.

Rather than company-to-company transactions, a carbon bank will be facilitated by direct swap arrangements between a supplier of carbon sequestering technologies and methods, and those of the carbon polluter.

Governments around the world have largely settled on carbon trading over a carbon tax as an effective method to regulate greenhouse gas emissions. The most popular scheme used today is cap-and-trade, which sets a limit on how much carbon dioxide a source is allowed to emit.

With cap-and-trade, companies may reduce their emissions to operate beneath a set cap, or continue to operate above the cap, provided they buy spare carbon credits from another company at a price set by a regulating body.

A carbon credit, commonly equivalent to one ton of carbon dioxide, stands for emissions that should have been avoided by the buyer.

Though it gives an economic incentive not to pollute, Ms. Currie said that carbon trading schemes have huge drawbacks. These disadvantages are said to be what’s stopping dead on their tracks climate bills from the United States and Australia that include cap-and-trade.

They stem, Ms. Currie believes, largely from unanswered agricultural issues and failure to force heavy polluting industries like the energy sector to change their practices or technologies in use.

The approach would also answer some of the major challenges to carbon trading, such as measuring accurately a country’s emissions and harmonizing one country’s carbon credit rules to make it compatible with another’s.

In addition, carbon price volatility could be avoided since carbon is not treated as a commodity to be traded.

“While developed nations are now balking at the implementation of carbon emissions trading schemes, a government could easily experiment with a carbon swap bank to benefit, for instance, its forestry and agricultural sectors, while reducing its emissions, based on the concept of increasing productivity in the sequestering sector,” Ms. Currie said.