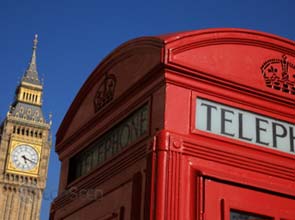 According to the Carbon Trust, the British-based non-profit organization that certified them, holders of the standard have cut emissions by a total of 3.6 million tons of carbon dioxide and saved £165 million ($266 million) in electricity and fuel bills since the program was introduced in 2008.

«Some organizations undergo assessment to verify their efficiency gains and benchmark their performance; others to help lower their energy dependence; while for many gaining the Carbon Trust Standard provides the ability to confidently communicate their performance to customers and carbon-conscious consumers,» Harry Morrison, general manager of the Carbon Trust Standard, said in a statement.

Motorola was awarded the standard for reducing its carbon footprint by nearly 20 percent across its operations in Britain, surpassing its 15 percent target for 2010.

The trust said British Land reduced its carbon emissions by nearly 8 percent across its office portfolio and 11 percent in its shopping center and retail portfolio between 2007 and 2010 to achieve the standard. The real estate firm installed smart meters to quantify its energy use in nine of its properties in the country to save over 1,600 tons of carbon dioxide and cut occupier costs by £450,000 over three years.

Mothercare, a clothing retailer for babies and children, was also certified by the trust by also cutting its emissions by eight percent over the last three years. This is part of a 15 percent emission reduction goal from its buildings by 2013. The company invested in nearly £600,000 of energy-saving technology since 2007, including electronic voltage reduction and meter reading technology.

All 500 members of the standard, which include H.S.B.C. and O2, have committed to reduce their collective footprints by more than 43 million tons, representing 18 percent of emissions generated by Britain’s businesses and transport sectors.

The reductions are separate from mandatory carbon cuts imposed on the largest emitters such as power stations and factories that are covered by the European Union Emissions Trading System.

They are also apart from a new government program, known as the Carbon Reduction Commitment scheme, which will see shops, universities and councils paying for their emissions next year.