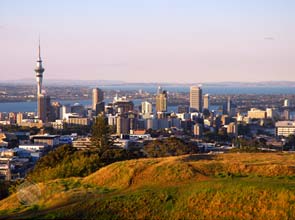 Following the country’s unique emission patterns, the agriculture sector was still the top industrial emitter in New Zealand as cited in its fifth official communication to the United Nations published on the United Nations Framework Convention on Climate Change’s Web site this week.

According to the report, agriculture produced 34.83 teragrams or million metric tons of carbon dioxide equivalent in 2008. The energy sector, commonly a country’s top emitter, only came at second, producing 34.05 teragrams.

The causes are related to each other. New Zealand reported that the rise in agriculture sector emissions resulted from land use conversion which was being driven by population growth. New Zealand has one of the largest emissions by country per capita.

Complicating the issue, New Zealand said it experienced severe drought particularly during the years 2007 and 2008. This forced farmers to transform their forests into dairy farms, where they could profit more.

New Zealand said it is concerned that the rise in population would consequently result in the increase of demand in transportation – the third largest emitting sector. There was a 14-percent increase in transportation emissions from 2000 to 2008, up from 12.48 teragrams to 14.27 teragrams.

Moreover, the country said 87 percent of its population lives in towns and cities, a percentage which may influence the development of infrastructure and in turn increase energy demand.

Fifty percent of the country’s electricity generation comes from hydroelectric power plants, a renewable source which was also struck hard by drought. During the dry spell years, more heat and power was produced from power plants using coal and gas.

In addition to the country’s current emissions trading scheme, the country said it will employ policies geared toward renewable energy, energy efficiency and research and information dissemination, more specifically for the agricultural sector.

New Zealand currently has two strategies waiting to be finalized early this year. A draft energy strategy targets electricity generation from renewable sources by 90 percent by 2025.