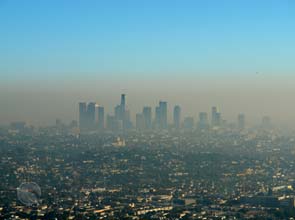 The report also showed that about 230,000 people can be saved from early death due to fine particle and ground level ozone pollution by 2020.

The study predicted that the benefits of the Clean Air Act rules would amount to the prevention of 230,000 cases of premature mortality; 200,000 heart attacks; 17 million lost work days; and 2.4 million asthma attacks by 2020.

E.P.A. administrator Lisa P. Jackson said the report, which received extensive review and input from the Council on Clean Air Compliance Analysis, is proof that the American public can stand to benefit greatly from complying with the agency’s Clean Air Act rules.

«This report outlines the extraordinary health and economic benefits of one of our nation’s most transformative environmental laws and demonstrates the power of bipartisan approaches to protecting the health of the American people from pollution in our environment,” she said in a statement.

The report is the third in a series of E.P.A. studies required under the Clean Air Act amendments that estimate the benefits and costs of the measure. The first two were done from 1970 to 1990, and from 1990 to 2010.

Currently a measure curtailing the agency’s power to regulate coal-fired power plant pollution is being debated by the two houses of Congress.

The Republican-led House of Representatives back the measure, supporting plans to block the agency’s crafting of new air pollution rules. However, the Senate Democrats are averse to such a move, basing their actions on the results of the previous studies.