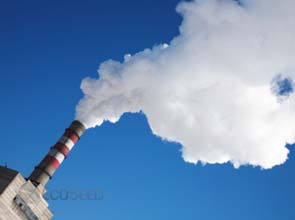 The R.G.G.I. was launched by ten North Eastern and Mid-Atlantic states two years ago to cut down carbon dioxide emissions from power plants by ten percent in 2018. To reach this goal, the group holds quarterly auctions of permits that allow plants to emit only a certain amount of carbon dioxide.

The report indicated that the states are investing 52 percent of $789.2 million raised from the auctions into energy efficiency – the use of green appliances, and better insulation and lighting in homes and businesses.

It called those programs the most cost-effective tool for reducing emissions of gases blamed for global warming. At the household and business level, energy efficiency investments were found to reduce energy bills by 15 to 30 percent.

Participant states managed to allocate only 11 percent of the auction proceeds for such projects, compared to the 14 percent that went to help poor families pay for energy bills. Despite its growing popularity, renewable energy’s higher upfront costs and capital has been identified as barriers to its growth, according to the group.

Both energy efficiency and renewable energy programs, however, have been found to generate significant economic returns, in the form of energy savings, and improved electric system reliability. For instance, they provide $3 to $4 in savings for every $1 invested, according to the report.

Not all of the proceeds are going to energy efficiency and renewable energy programs though. New York and fellow member New Jersey have allocated 31.8 percent and 44 percent of their proceeds respectively to help ease huge budget deficits.

Deficit problems could also partly explain why majority of New Hampshire’s House of Representatives in February 23 voted to stop the state’s participation in the cap and trade scheme. The state allocated 11 percent of its auction proceeds for deficit reduction measures.

“R.G.G.I. is a stealth tax hidden in our electric bills, with the illusion of free money to those who benefit from its funds,” added Mr. Garrity, who is a member of the Republican party.

Following this announcement, Americans for Prosperity, a Washington D.C-based political advocacy group, called on New Jersey to follow suit, with a repeal already in the Assembly and Senate with bi-partisan support of 36 lawmakers.

“The taxpayers of New Jersey are already subject to the one of the worst tax climates in the country and they should not be forced to pay the highest electricity rates,” Steve Lonegan, the advocacy group’s director in New Jersey, said in a statement.

“Like all cap and trade opponents, these New Hampshire lawmakers know that R.G.G.I. is a scam designed to drive energy prices through the roof, destroy their state’s competitiveness, and cost their state thousands of jobs,” Mr. Lonegan added.