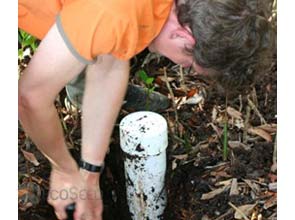 Scientists from Indiana University Bloomington and Utrecht University in Netherlands released a recent study where they found that the density of stomata or pores on plants’ leaves has dwindled by 34 percent.

Stomata are small openings or pores on a leaf’s surface by which they absorb the carbon dioxide they need and also loose water vapor into the atmosphere in a process known as transpiration.

The scientists gathered their data from a diverse sample of plant species in Florida. These included living samples as well as non-living samples extracted from herbarium collections and peat formations of around 100 to 150 years old or around the time industrialization caused a spike in carbon dioxide levels.

«The increase in carbon dioxide by about 100 parts per million has had a profound effect on the number of stomata and, to a lesser extent, the size of the stomata,» said research scientist in biology and Professor Emeritus in geology David Dilcher.

«Our analysis of that structural change shows there’s been a huge reduction in the release of water to the atmosphere,” he added

The scientists also came up with a model to predict further how rising carbon dioxide levels affect the amount of water released by plants.

The model suggests that doubling today’s carbon dioxide levels from 390 parts p.p.m. to 800 p.p.m. will halve the amount of water vapor from transpiration further altering the water cycle and affecting climate.

The NASA model found the increased cooling effect was due to the down-regulation phenomenon in plants when exposed to increasing carbon dioxide levels. Down-regulation allows the plant to use less water for photosynthesis leading to increased leaf growth and increased transpiration.

However, the NASA study noted that this increased transpiration and the cooling effect would not prove strong enough to alter the expected threat of global warming. While it could slow the warming, it would not alleviate it.