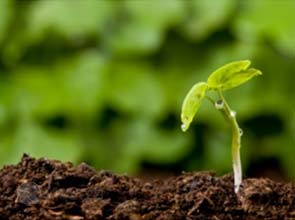 The Senate is expected to tackle House Joint Resolution 48 in plenary debates this week, over mounting frustration about both chamber’s incapability to meet in the middle and come up with a similar long-term budget bill.

The new continuing resolution that will fund government agencies from March 18 until April 8 cuts $25 million from the Environmental Protection Agency and $10.5 million from the climate effects network of the U.S. Geological Survey, which is tasked with providing data for forecasting the effects of climate change.

“H.J.R. 48 reduces or terminates a total of 25 programs for a savings of $3.5 billion. These cuts include funding rescissions, reductions, and program terminations,” Mr. Rogers said in a statement.

“It also eliminates earmark accounts within the Agriculture; Commerce, Justice and Science; Financial Service and General Government; and Interior subcommittee jurisdictions – saving the American taxpayers $2.6 billion in earmark spending, which the President and both houses of Congress have agreed they do not support.”

Senate Democrats, although poised to pass the House’s three-week stopgap bill, once again asked the other legislative body to come up with an agreeable long-term spending measure.

“Democrats have made it crystal clear that we’re determined to pass a budget. We’re still waiting for them to bring something – anything – new to the table. They haven’t done that yet. We can’t keep funding the country a couple of weeks at a time,” said Senate Majority Leader Harry Reid.

Last week, the House and the Senate presented different budget bills that would fund the country for the rest of the fiscal year ending in September, with the House cutting $61 billion from agencies, while the Senate would cut $51 billion.

The House version, however, contains measures that would stop the E.P.A. from implementing water and air pollution rules, climate regulations and greenhouse gas reporting requirements, and slashes from the Energy department’s renewable energies budget.

Mr. Reid said the country should prioritize providing means for alternative sources of energy to flourish.

“Instead of short-sighted straw men, let’s use the alternatives that we have right here at home. Alternatives like solar, wind, and geothermal energy, which are abundant in places like Nevada. Let’s encourage these investments – not cut them, like the Republicans’ budget plan proposes.”

“These renewable energy sources are cleaner for our environment, wiser for our national security, and more stable for our economy,” Mr. Reid added.

White House Press Secretary Jay Carney urged the Senate to immediately pass H.J.R. 48, but at the same time underscored the importance of the two chambers’ coming up of a unified long-term funding measure to end the series of weekly spending bills.

“The President urges the Senate to pass this bill to avoid government shutdown that would be harmful to our economic recovery. But the President has been clear: with the wide range of issues facing our nation, we cannot keep funding the government in two or three week increments,” Mr. Carney said.

“There is no disagreement on whether to cut spending to put us on a path to live within our means, but we can’t sacrifice critical investments that will help us out-innovate, out-educate, and out-build our global competitors to win the future. We have already met Republicans halfway, and we are optimistic that Congress can get this done,” he added.